How to Never Resign Yourself to Your Circumstances 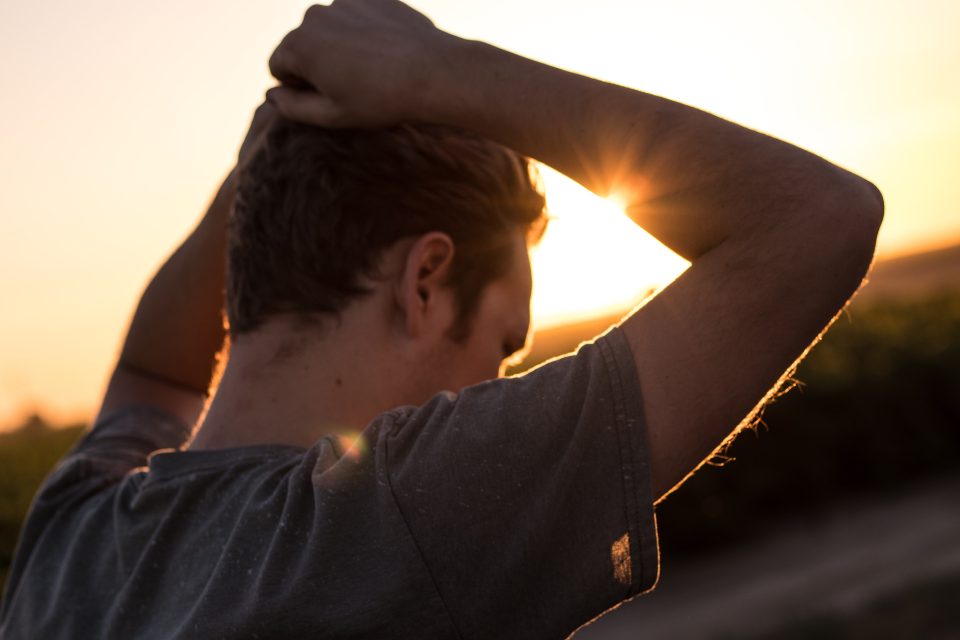 When you find yourself in a challenging situation, succumbing to resignation is easy. We’ve all been there. So if you do this, it doesn’t mean you’re a terrible person; it’s actually a normal human survival technique that allows you to deal with the harsh realities of being alive, realities that you sometimes can’t change.

However, switching into a state of resignation usually means that while you’re willing to accept your situation, you’re doing so by giving up your power. And when this happens, you often don’t know what to do about it.

The interesting thing is, should you want to, you can use the same situation to your advantage. By changing how you look at it, you can actually regain the power you lost.

How we enter resignation

Feelings of resignation usually show up when we experience a challenge, try to fix it, and then discover that our efforts didn’t work. Sometimes we get resigned after a single attempt. At other times, it comes after a sustained effort to make a change. We feel frustrated that our attempts to remedy our circumstances haven’t worked, and we begin to blame various external events and people in an attempt to relieve ourselves from the burden of action.

Often, the effort we made was only a half-effort. Therefore, we probably did not overcome the challenge at hand.

For example, maybe the problem is a conflict with a friend, so we have half of a conversation about the problem, trying all the while to be super polite. But instead of really sharing what isn’t working for us, we end up apologizing or accepting some weak-ass explanation or defensive response. Or maybe we’re being asked to do more work than we agreed to, and we complain to a friend or client without first talking to the colleague who needs to step up.

Maybe the problem improves slightly as a result of our effort, or maybe  we just feel a little better for a short period of time. But because most of the challenge, problem, or breakdown remains hidden–both from ourselves and the person, place, or thing we are dealing with–nothing really changes.

After enough of these half-hearted attempts fail, it’s easy to use this repeated failure as evidence that the “thing,” or the issue at hand, is unchangeable. Its static nature becomes a self-fulfilling prophecy. We resign ourselves to a crappy situation because it feels too hard to fully confront the challenge at hand.

Resignation comes where we feel most vulnerable.

Resignation shows up most often when we need–but lack–leadership. In these situations, many possibilities for change remain hidden. Sometimes we know what we want to or should do but we fail to act because it requires vulnerability. People are often scared to even try. These situations indicate that we are in a place of chronic dissatisfaction, disappointment. We are in denial about what is and isn’t working for us.

When you live inside a world of resignation, it feels like nothing is possible other than failure. The world around you seems to whisper, “there’s no point.” “Just give up.” Any time you think there might be a point, or that maybe something could change, resignation jumps in and tells you it won’t work, so don’t even try.

In this way, resignation is like a vat of self-affirming quicksand. As soon as you recognize your apathy and try to escape it, resignation sucks you back in. It robs you of the energy you need to be able to do something different, quickly eating up both your motivation and your sense of hope.

Don’t ask if it will work; ask how it could work.

When you’re trapped in the quicksand of resignation, you might find yourself arguing about whether or not change is even possible. This is exhausting.

When my clients are in this spot, I encourage them to let go of wondering if something is or isn’t going to work. Instead, ask yourself, ‘If it could work . . . how might that happen?’

This approach enables you to exclude the possibility of failure. Simply step into a future world where you already know that change happened.

Getting back to empowerment as fast as you can

The other way to get out of the quicksand of resignation is to first get honest about your situation. Do your best to separate the facts from the story you’ve been telling.

Then, take responsibility for how you have contributed to your current scenario. Recognize the part you played–what you’ve said, what you haven’t said, what you’ve done and not done, what you’ve committed to and avoided. Then (and only then), can you find your way back to a clearer understanding of what is, and thus begin to regain your power.

It’s possible to choose empowerment from this place of clarity, just as you could choose resignation. And if you fall briefly into resignation again, don’t worry about it. Just forgive yourself, get honest with yourself, and move towards creating what you want.

Keeping the intention to not give up while owning your mistakes along the way will keep you acting from a powerful place as you seek to create a change.

But what if I’m stuck?

I get how counterintuitive it is for me to encourage you to step back into your power. This is especially true because resignation is so convincing in the way it tells us we have no power.

But you don’t need to worry about the whole process.

Instead, you just have to first discern that you’re resigned. Then focus on owning what you can and taking the next step on the path of “if it was going to work, how would it?”

I promise you, 9 times out of 10 you’ll find yourself acting from a powerful place.

And of course, if you find yourself struggling with feelings of resignation, defeat, or apathy (either towards your work as a coach or in some other aspect of your life) and you’re unsure how to move forward, feel free to reach out and book a call. We can work together to get you unstuck.

Sometimes you just need support and a tree branch to work your way out of resignation quicksand. There’s nothing wrong with that.