What Are The Best Questions To Ask To Start A Coaching Conversation? 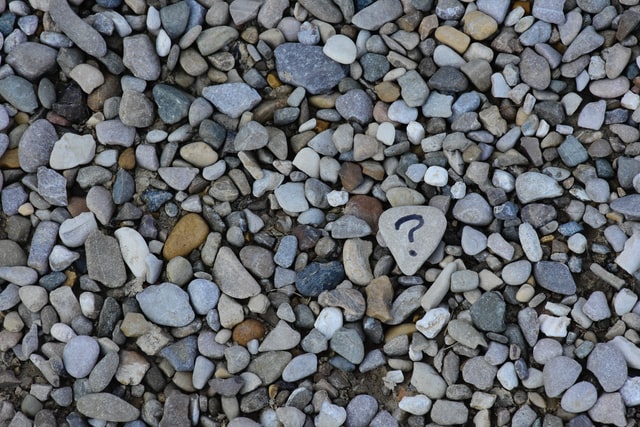 What are the best questions to ask to start a coaching conversation?

If he had been a coach, he might have said, “I fear not the man who has practiced 10,000 questions once, but I fear the man who had practiced one question 10,000 times.”

And yet, if you do a Google search on coaching, you’ll soon begin to think that coaching is all about developing an arsenal of questions. You might even imagine that the world’s best coaches are the ones who have spent the longest time in a sort of “question arms race” and need to sign question non-proliferation treaties. But this isn’t the case.

Knowing a lot of questions is grand, but knowing why they work and when to use them matters even more. For a minute I’m going to ignore that advice and pretend to be BuzzFeed and give you my top 3 opening questions. But just so I’m a little more like Bruce Lee, I’m also going to explain to you exactly why they work—so you can see that while the questions are good ones, it’s the impact of these questions that matter. Which I why, though I ask them again and again, I never just rely on asking them without any attention or awareness.

Question 1: How Are You Doing Today?

It helps creates two things at once. The first is Rapport, which I’ve talked about before. It’s an easy question to answer and it also gives your client a chance to tell you how they are and what’s going on for them. The next thing it does is sets some Context. What is your client coming into this conversation with? What’s been going on for them? Has anything changed since you last talked that may have an impact on the session?

If you want to go deeper:

You might try asking, “Can you tell me a little bit about what you day has been like before our conversation?” This is a more specific question and directs the client to look more at the energy of what they’re bringing to the coaching conversation.

Question 2: I’d Like To Just Be With You For A Minute. Is That Okay?

As soon as you’ve built a little rapport with the client and you can feel you’re both ready to transition into the conversation. You can use this either before or after you set a context or agreements for the conversation and before or after you choose a focus for your coaching. It also works great whenever you need to reset or go from one topic to another, especially if the previous topic was heavy or fraught in any way.

It sets an energetic context and brings both you and the client into the room in a powerful way. It also serves as a clear transition from the regular world into the world of the coaching conversation. It also helps you, as coach, to get grounded and present. And finally, if done right, it creates a sense of awe which prepares the client to do deep, powerful work.

Make sure this doesn’t just become a rote exercise you do because you’re supposed to or something you’re just doing for your client, because it can be powerful for both of you if you actually use it to get grounded and connected with your client.

If you want to go deeper:

Use this meditation to set a powerful context for the client and/or allow your heart and their heart to open up. While coaches often practice and learn opening steps they often forget about the power of opening energy. Master coaches never make this mistake—they use their energy as much as their questions to open up a powerful conversation.

Question 3: What Do You Want To Talk About Today?

After you’ve built rapport, gotten grounded and are ready to dive into the session. Ideally this question should come within 10 – 15 mins of the start of the conversation. After watching hundreds of coaches coach, I can say with a fair amount of confidence the #1 reason coaching sessions go nowhere, wander around aimlessly, or are unsatisfying is because the coach never really discerns what the client wants.

Too many coaches think that a conversation will just DROP (find a focus) on its own, even though this is almost never the case. Which is why if you do NOTHING ELSE in a coaching session you should USE THIS QUESTION AND GET AN ANSWER. Doing so may be the difference between the life and death of your coaching session.

It asks the client to set the context for the coaching conversation. Often clients don’t know exactly what to get coaching around, but this at least helps the coach figure out what subjects are available and begins to move a coach from the OPEN phase to the DROP phase of the conversation. While this question won’t clarify what a coach should DROP or focus/coach on, it does give the client a chance to ask for what they want.

Clients love to not answer this question. They will ramble about their day, refuse to choose a subject matter, say they have nothing to coach around, or do something else to avoid choosing an area of focus. Sometimes it’s because clients don’t know what they want support around, but often it’s because clients are unconsciously avoiding the things they know they need to look at in order to move forward.

This is why it’s essential—and I mean ESSENTIAL—to make sure you don’t advance beyond this stage without finding out something—anything—the client wants, even if what the client wants is to know what to have the conversation around. Again, 90% of the bad or mediocre coaching sessions I’ve watched end up being much less than they could be because the coach doesn’t find out what the client wants.

If you want to go deeper ask:

You might try asking: “What would having that do for you?” and/or “And what might you lose that you value when you can have what you want?”

The reason is simple: when we only pay attention to the peak we often miss motivation or other key areas of the terrain around a desire. When we can help our clients understand the underlying motivations of a desire, as well as what’s at stake in our pursuit of it, a lot of things become possible that previously weren’t.

That’s it! Three simple, powerful questions to help you start any coaching conversation the way some of the best coaches in the world do. In fact, the more I watch truly masterful coaches, the more I see and realize just how good they are at making very simple questions do incredible things.

If you want to do work that matters, change your clients’ lives, and make a bounty of treasure by helping them create incredible futures, don’t practice 10,000 questions once, but a few questions 10,000 times.