Boundaries, Love, And Why I Blocked My Ex On Facebook 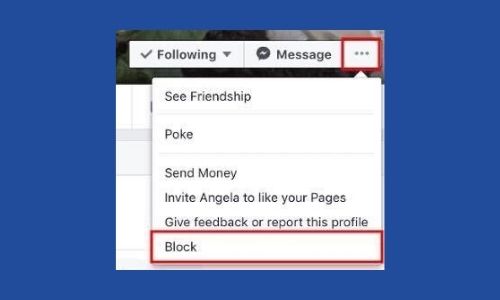 Boundaries are the distance at which I can love you and me simultaneously. – Prentis Hemphi

Last week I decided to block my ex on Facebook.

She didn’t do anything wrong, she didn’t start dating someone else (or if she did I don’t know about it), and I’m not mad at her. I blocked her because I love her, and I love myself as well.

I’m going to my best to explain why I did it, what I learned about myself, and hopefully, you’ll learn something about how to love yourself and others in the process.

We’re mostly used to having boundaries with people we don’t care for.

But this isn’t the only or best way to practice boundaries, which is a lesson I slowly learned through the process of being with and then separating with my ex.

This lesson on boundaries cropped up about a year into our relationship. We were fighting, we were bugging each other constantly until a friend suggested we try spending one night a week apart.

It seemed like an odd suggestion and a hard one to pull off while living in a one-bedroom apartment in Queens. But we gave it a shot, and it helped.

One night a week, I gave her a little totem, told her I’d miss her, and went into the other room and slept on the couch.

It was great, I could breathe, I got to watch zombie movies. And it was easy to do when we were getting on each other’s nerves. What was harder was doing it when we were happy and in love. But in some ways, that’s when it was the most important.

You see, before this, I only went to sleep on the couch when we were fighting. Us being separated, us taking space was tied in with us being mad at one another. This ritual changed all of that.

We separated out of love. And so we learned how to have boundaries even when we didn’t really ‘need’ them.

And it was the first lesson I learned about boundaries:

Lesson 1 – You Don’t Just Create Boundaries To Keep Bad Things Away From You, You Can Also Create Them To Keep Things You Love Close To You.

Boundaries allow you to take space to honor yourself so that you can return to love. It’s not about building a fence because you don’t like your neighbors. It’s because sometimes building a fence or taking a night apart creates the space to return, to reengage, to choose to love someone even more.

Eventually, as you know, my ex and I decided to separate.

When we first decided to go our own way, my former partner and I decided to keep things open. We agreed to a 9 month no contact rule but agreed to share access to google drive and even a hosting service as she had a few sites that neither of us wanted to try to move while breaking up (though they did get moved after). My ex even asked me to write a short manual on stroking hair, which I wrote and sent to her after we broke up.

For all of these reasons and more, I remained friends with her on Facebook.

But then recently posted a new profile picture. In it, she looked radiant, happy, and joyful. And it hurt. (The funny thing is that the picture was actually taken when we were together, though I didn’t realize that at the time)

Part of me was happy she was happy. I mean, we chose to end our relationship because it hurt both of us. Even through the love and the joy, our relationship had begun to be the heavyweight we were both carrying around. It was time to put it down.

But another part of me was mad.

It’s not a part of me I’m proud of, but it’s there. The subtle jealousy, the resentment.

I had noticed both of these sides bubble up each time I stumbled across her on social media. Her picture in the mutual friend’s grid, her little icon as a suggested message recipient, the green circle by her face when we were both on messenger at the same time.

Each time it happened, I got a little jolt of energy, a desire to know more about what she was up to, fear that she had already ‘replaced’ me, memories of all the good times. Each time I felt myself get dragged a little bit back into an old way of thinking, an old dynamic.

Normally I’d hold onto the pain, or try to push it away. I thought if I just made it through this pain I would be better and stronger, even though it felt like a hook that pulled at our old relationship.

But for some reason, this time was different.

I paused for a moment and asked myself, why am I doing this? I feel like I keep walking around this thing in my space like a tiny crocodile is living in the center of my apartment, and I’m constantly trying not to get bit?

I slowed down, took a deep breath, and looked.

I wasn’t really mad she was happy. I still love her in many ways. I want her to be happy. I wasn’t upset that she was radiant. Yes, a part of me misses her radiance her joy. It was one of my favorite things about her, and there’s a space in my life where it used to be.

I was scared. Scared that if I drew a boundary, she would be mad at me, she would pity me for ‘not getting over it,’ or that she would be hurt and take it personally.

I’ll let you in on the 2nd lesson I learned about boundaries and how they are for when you don’t trust people in my next post.