Why You SHOULD! Coach Without Permission 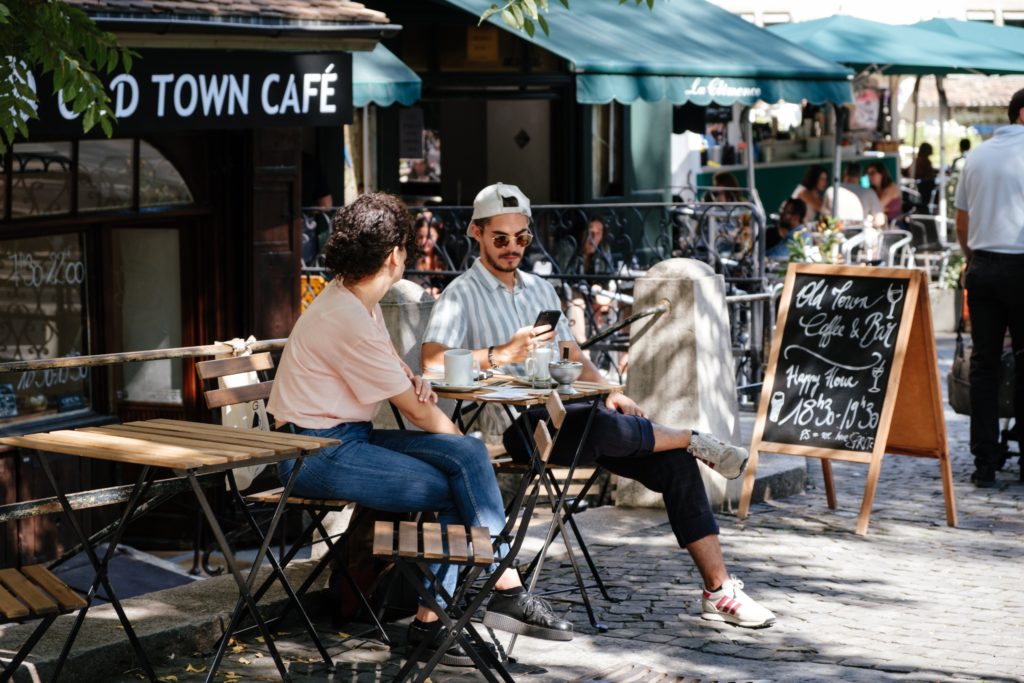 One of the blocks people run into around enrolling new clients is that they don’t want to coach without permission, but they aren’t sure when or how to go about getting permission to move from a casual conversation to a coaching conversation.

Something I’ve found very useful in these situations is to start small and provide a little bit of coaching in a casual context, to give them a sense of the possibility a coaching stance can bring to a problem or situation.

Essentially, I’m proposing that it’s okay to offer little bits of coaching at the beginning, without explicit permission, in order to create the space for a clear offer for coaching later.

And before you react, take a breath, because I’m going to explain why it’s ok in the next part.

Coaching a little without permission, to coach a lot with permission.

So how does this work in practice?

Well, often, once I’ve connected with someone, I’ll actually purposely do a little bit of coaching with them. It’s not in-depth, trauma-based coaching; rather, it’s a bit of curiosity, context creating, and exploration.

This looks like asking people about their motivations, finding out what could be causing communication problems at work, getting curious about which parts of their personal life could be affecting their professional life, etc., with the goal of deeping our connection and showing them that I’m engaged and good at asking relevant questions that helps them feel seen and invited into a new way of thinking.

Once I’ve done that, I’ll usually let them know that while I’m loving our conversation, we’re now veering into a coaching conversation and I don’t want to intrude or poke further without their permission.

“You know, I realized I’ve started coaching you a bit, and I just wanted to slow and down and say I’m happy to keep going, but before I do, I want to see if that’s something you’d like.”

If I’ve asked the right questions – if I’ve really listened to them, and if I’ve offered curiosity without an attachment to how they respond – then they’ll usually say, yes, that’s great, I’d like to continue. If they don’t, then I don’t worry about it. I simply thank them and move back into connection.

If they do give you permission, there are two ways to proceed.

The first way to continue the conversation is to simply continue with the mini coaching conversation, and then at the end, ask them if they’d like to have a more in depth conversation with you. If they’re a yes, set up a time and place for another call, this time FULLY inside a coaching context.

Alternatively, if this aren’t in a great space for a deeper conversation–maybe you’re at a bar, or at a convention; maybe it just isn’t a great environment for coaching, or there isn’t enough time to dig in deeper–then it’s better to set up another time with them for coaching.

You might say something like, “Hey, I’d love to keep talking about this, but I want to make sure I can give your challenge the time and attention it deserves. How about we set aside an hour so we can really dig into this situation together and come up with some new ideas for how to approach it?”

If they agree, then just set up a time right there. If not, you can always offer to give them some time to think and follow up with them later.

The Power of the Coaching Offer

What’s powerful about both of these techniques is that it helps you discover if the person is open to a structured coaching session, and whether or not you can actually offer an insider’s perspective that would be valuable to them.

It’s important to remember that this method does require you to probe a little bit deeper than one normally would in a casual context, so if the person gets uncomfortable at any point, I try to recognize that quickly and back off. But I do think there is a lot of value in coaching a bit, and probing with some small initial conversations, before receiving explicit interest in coaching–just to gauge how they react to the idea. It’s a way of testing the waters and seeing where someone might be meeting you.

So next time you’re in a conversation with someone you think might be open to coaching, ask a few questions and then pull back and say, I’m sorry, I’m doing that coaching thing I do – I’m happy to keep going if you want or we can pause here. What would you prefer?

You’ll be surprised at how many people say yes.

PS. But what about our agreements to not coach without permission?!?

Well, there are a few situations where this definitely isn’t okay:

In most of my life, I show up as a coach. And by that I mean I am someone who is curious, open, action-oriented, committed, and helpful. I don’t turn those off when I’m not at work; I just learn to apply them carefully.

And this is no different.

I’m allowing myself to embody the qualities of a coach to open up the conversation, and then I’m acknowledging that and asking for permission to continue.

To coach without permission may not be the purest, most rule-following version of coaching, but I’m okay with that. And my invitation is to consider where this line lies for you as well.